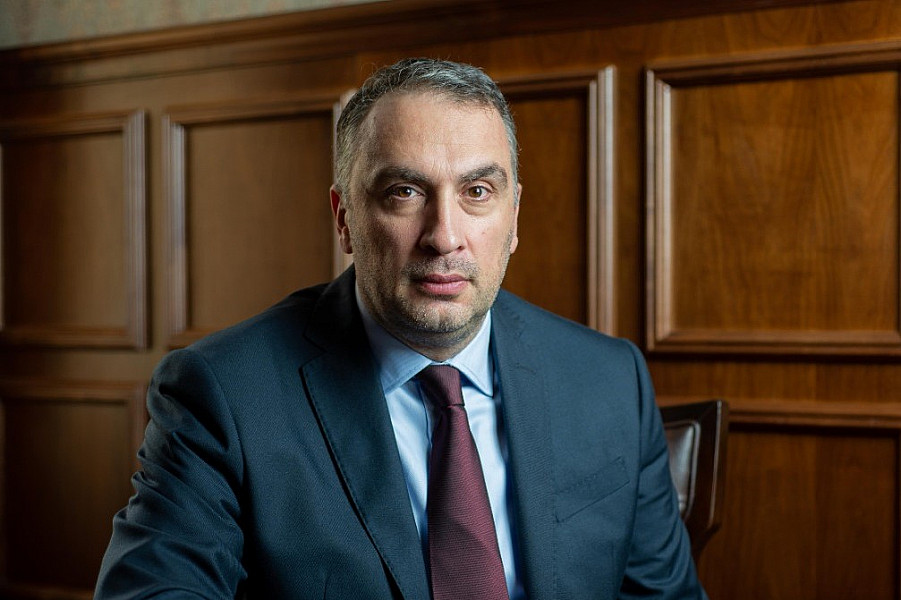 The phrase ‘free trade agreement’ has recently become firmly established in Georgia’s conversations with the West. In official letters or communications, this combination of words means a concrete system of actions. It could be said without exaggeration that properly adopting this system is very important for Georgia since it constitutes a further way of integrating the country with the international community, as well as a practical algorithm for doing so. Along with other possibilities, by orienting itself within this system Tbilisi and its international partners can define their co-ordination according to specific recognized norms and principles; in turn, this is also a measure of the success of necessary changes the country must carry out as well as of our acceptability on the international stage.

It is therefore completely understandable that, in previous years and as a result of relevant activities, the vector of Georgia’s foreign relations has been criss-crossed with both multilateral (e.g. with the EU and EFTA) and bilateral free trade agreements (e.g. with Turkey, China, the republics of Central Asia, Ukraine, Russia and other important markets). Moreover, signing such agreements has become a source of pride for the Georgian government when communicating with domestic and foreign audiences, and a benchmark of success on the diplomatic and economic stage.

There is no doubt that the free trade agreement is a necessary tool for our country, both for our integration with the global economic system as well as to support the development of our national economy. But perceiving facts and events solely in contrasting colors has become a trend of political and public consciousness not only in Georgia but also elsewhere. And this happens when black and white are separated by a rich color palette whose identification and study should at least be a matter for curiosity.

Taking a very practical approach, all this is a matter of specific benefits and needs when planning international political or economic activities, as well as for sculpting the self-sufficient origins of the Georgian economy.

The aim of this article is therefore to paint the ‘big picture’ of the Free Trade Agreement in realistic colors by generally pinning down its (admittedly very arguable and disputable) separate aspects. Obviously, no declaration or evaluation presented in this article claims to be indisputable; on the contrary, as a critical discussion of this or another topic, each thesis or assumption is an attempt to ignite a desire for healthy and critical discussion. We have consciously avoided discussing individual agreement schemes (which would lie beyond the scope of this article) as well as stuffing this article with statistical data (which we definitely do not lack thanks to many sources).

In a word, we would like to look at the free trade agreement from above, so to speak. Also, as an accompanying result of our discussion, we will imagine the underlining advantages that signing the Free Trade Agreement grants Georgia. At the same time, it is also vital to understand the accompanying risks of this agreement as well as to discuss in an impartial manner the optimal means of tailoring them to Georgia’s interests.

A small introduction on agreement for the sake of agreement

In the 1980s, most developing countries began to adopt a free market system, which alongside other steps implied a liberalization of their trade rules. Concrete steps taken towards increasing the openness of the global goods and service trade are considered to be the beginning of these fundamental changes. More specifically, the 1994 Uruguay negotiations were crowned with the establishment of the World Trade Organization in 1995. Therefore, a series of negotiations were held for ten years whose main aims can be divided into two groups. Two of its most important tasks (considering the later Doha round) were removing obstacles to the access to markets and services and introducing compulsory and unified rules and procedures for market access, for which reason the so-called ‘peak tariff rates’ were established. The thing is that, according to the previous approach, market access was mostly regulated by fixed and selective preferential tariffs, ‘most favored nation’ status and strictly defined product and service nomenclature.

In a word, as a result of these late twentieth-century processes, the dynamics of the liberalization of trade rules has noticeably increased. In parallel with multilateral instruments, these dynamics also reveal themselves in bilateral agreements. The latter circumstance is much more indicative, since bilateral trade agreements were better suited to the principles of the so-called ‘new-style regionalism’. Each country tried its best to achieve its aims in the trade sphere, to establish favorable tariff schemes, to obtain the consent of the other party to the agreement for its own version of the origins of goods, along with other technical, procedural and formal requirements. According to some sources, the effects of multilateral and especially bilateral trade agreements were multiplied by ‘uncoiling springs’ and were overwhelmingly adopted.

The economic factors of these different multilateral changes rapidly became apparent, notably in a decrease of averaged tariff rates. Also, in some cases, free trade turnover has significantly increased in this or the other format: in the 1990s, for example, it had already increased by 65% between the countries of the EU and by a factor of 2.5 between the members of the MERCOSUR and Andean pacts.

It is of course perfectly natural that, alongside various necessary reforms carried out by national governments, the most tangible effect—decreasing tariffs—turned out to be a critically important additional factor without which achieving the necessary results of free trade would have been impossible.

It is equally noteworthy that this approach to international trade based upon mutual dependence and reciprocation generally encouraged improvements to the international stage. The thing is that countries with different diapasons of strategic or non-strategic aims of different scales and ambitions had to agree on the overall rules of behavior, more often than not by adapting and harmonizing different approaches.

Establishing a culture of consensus for the international order and other topics of relations and their further development became an additional accompanying advantage of these adaptations.

Recent years, for example, have been distinguished by the regulation and institutional harmonization of issues such as intellectual property, health care, safety and labor standards, labor migration, investment protection, banking and financial activities, dispute resolution and so on within the free trade agreement format. It is noteworthy that these new approaches have created a new class of so-called ‘modern free agreements’ that resonate with the modern agenda of economic integration and current challenges. It is however questionable how far this process will go without reforming the World Trade Organization while remaining independent from it.

Another relatively complex question is that of the increase in the number of free trade agreements as a result of the relatively unsuccessful round of negotiations held in Doha in 2001, despite the Uruguay round of negotiations giving sufficient ‘push’ to the rise of these agreements. For greater illustration, it should be said that over sixty free trade agreements were signed between the Uruguay and Doha rounds, i.e. essentially during a period when reforming the World Trade Organization was no more than a strong hope.

Essence of Economic Sanction: a Few Opinions Against the Backdrop of the War

Newsletter I - Disclosure Requirements applicable to Issuers of Public Securities